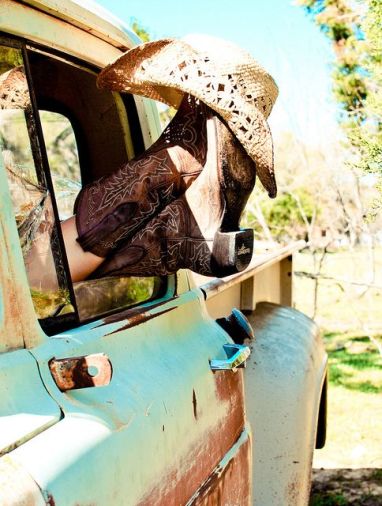 Celeste wasn’t going to wait to shut the door when she bolted out of the UN auto.  Her feelings for this stranger, discombobulated herself into a void.  After all these years of marriage, she never found someone more interesting, or who sparked her sexually more than her husband….until now! Jesus, Mary and Joseph were her panties soaked by Valis’s frisk job.  She couldn’t remember the last time she felt this turned on by a man’s touch.

She quickly boogie’s over to Geraldy and hugs him tightly in greeting. They break apart casting rays of glee upon their faces.  In his English French accent Geraldy becomes serious, “Celeste, I swear you gave him a”…Geraldy thinks hard and quickly remembers…” A cowgirl show down.”  Celeste giggles how silly Geraldy tries to sound western.  “Do you know who he was?” Celeste shakes her head no. Geraldy informs her with merriment, “He is the Captain of the UN SWAT team? Didn’t you see the emblem of UN on truck?” She shakes her head no and loses her smile. Geraldy couldn’t be mad at his friend; he understood why she went hey wired on Valis. When he saw how strangely the man was acting towards Celeste, he knew it was a matter of time the man would experience her American might.  He shines with pride at his friend, “You really did impress him with your slingshot. I saw his eyes bug out of his head when you hit the billboard in the dark fast as lightening.” Geraldy roars with laughter.

Geraldy’s happiness meant the world to Celeste. She didn’t want to lose her friendship just because of this bizarre mishap. Besides, the dark colored skin man was the first person the half breed allowed to ever get close enough to herself, except for her husband. She enjoyed the gentle man’s company immensely, and knew he would sooner or later forgive her reckless actions; but never did she expect him to make light of the situation. She hears Valis rip the gears in his auto and raves the engine before take off.  She spins her head around to give the truck a scowl and views the mucho macho man racing down the road.

Celeste smiles at Geraldy, “Shit, damn dude I thought I was in a heap of trouble when he took my knife out of my boot.” Geraldy processes what Celeste told him, and then realizes she said something about having a knife. “Damn it I left my weapons behind!” Celeste stomps her feet.  He sternly gawks at her and demands, “What….you had a knife hidden on you inside you’re boot?” The cowgirl smiles and nods her head yes.  “Celeste, you’re a crazy woman what were you thinking? You can’t bring your cowgirl ways here!  Your husband would be angry with me now if he knew I let you get in trouble?” Celeste ponders on his statement for a split second and said in a husky low tone, “Be damn lucky I didn’t bring my lasso or whip.” Geraldy opens his eyes wide in fear, “Have no worries I didn’t bring them. However, know this…don’t let my eyeliner and perfume confuse ya darlin’…I can go from make-up to mud in three seconds.” Celeste quickly re-insures her friend.

“You will learn Geraldy, I take responsible for myself! My husband does not control me nor does any man!  I am just bless that he understands my wild side, and knows I am not shy about dealing with situations by myself. Anyways, your stuck with me until we go home, so let’s hope nothing else happens. Except I will get my weapons back or at least my grandfather’s knife even if I die trying.”  Celeste takes her cowgirl hat off to get her hair out of her face and places it back on her head. “Ya know Geraldy, I warned you before we left New Mexico it might not be a good idea I come to Haiti. I hope you don’t live to regret your decision.”  Geraldy smiles at his friend and nods his head no.  “I am sorry for causing trouble back there at the airport, but I couldn’t let those thugs take our supplies. You have already lost a lot of goods through customs that could have made a difference for your people. I just couldn’t let those bandits take our supplies, k-no?” Geraldy gives his friend a wink with his eye in the dark, ”You truly are a rough and tough cowgirl, Celeste. But from this day forward try to control yourself or you might end up in jail!” They gather their luggage and step through the school’s metal doors, and the only thing on Geraldy’s mind is to call his cousin’s in the morning to escort them everywhere safely.