via I feel great being 15 years old~ MEOW

via Looking for Investors!

via Looking for Investors! 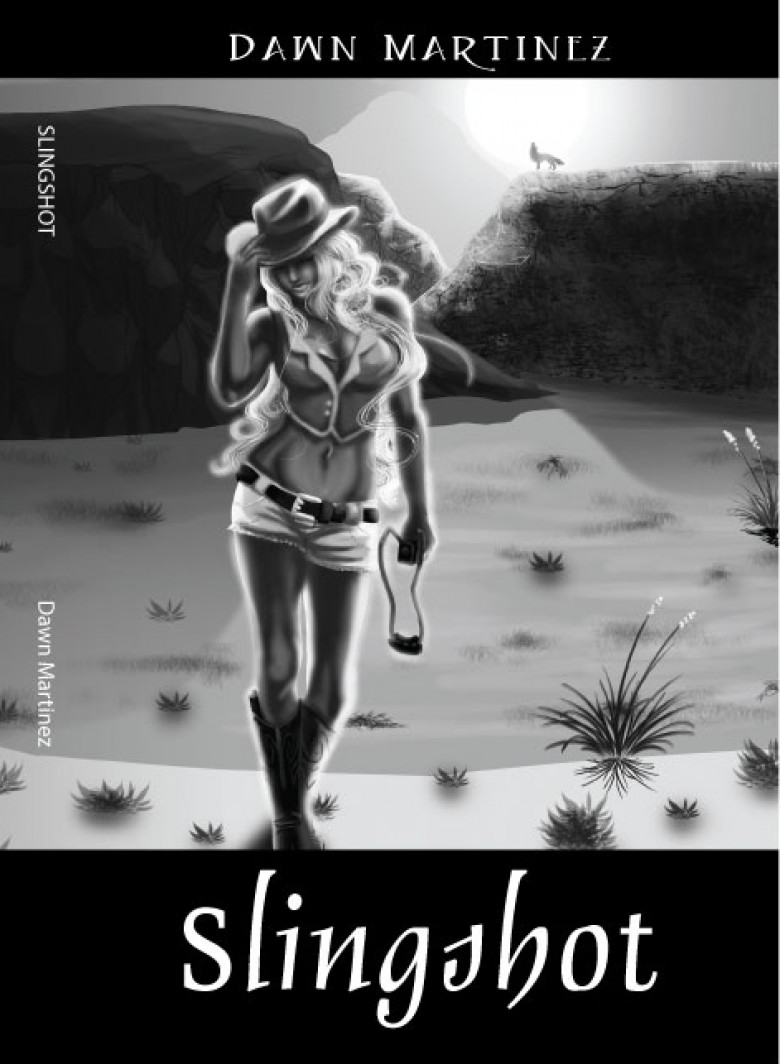 http://www.slingshotbaby69.wixsite.com/slingshot  My website will take you too Amazon to purchase 🙂

When is your loving animals safe from a DOG NAPPER? 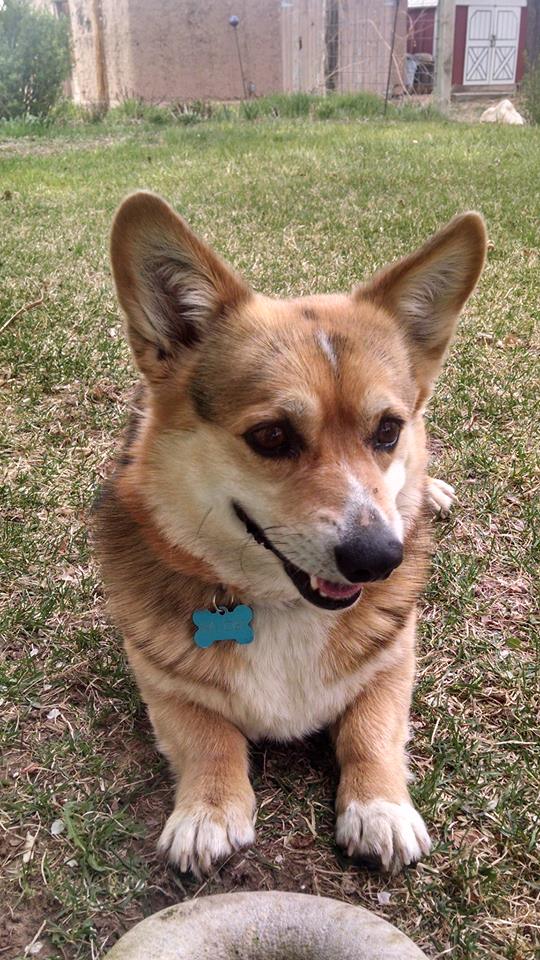 He is licensed with the County Rio Arriba, He is licensed with Espanola Animal Shelter in vaccines. Stolen from our ranch for the third time, Doc is a 6 year old neutered male up to date on shots, well mannered, loves squeaky toys, loves people, but not other dogs. And he fears thunder storms too. He is tan and white with black blanket on his fairy back. He has a white spot on crown of head and one between his top shoulder blades. He is a full blooded Welsh Primbrook Corgi licensed and registered in his breed under my name Dawn Martinez with the Corgi Association. We have contacted the county police and state police but they will not handle animal issues. Also our Animal Control is on the issue but is limited what they can do to have our son return home. 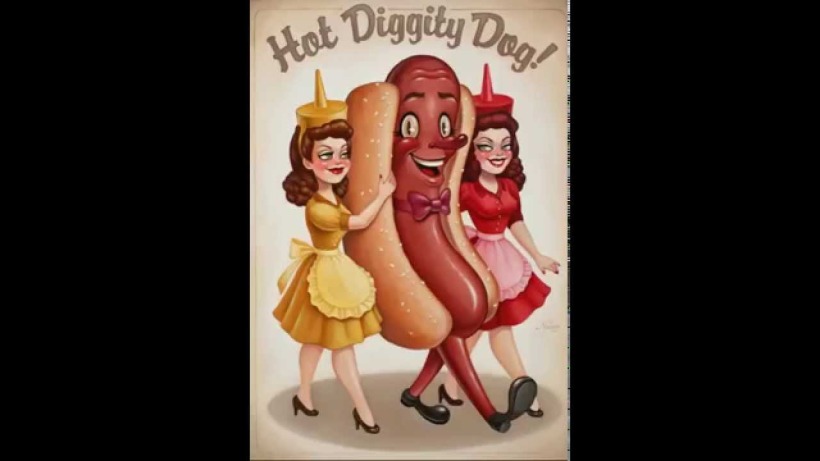 What in the hell is the man thinking coming to her simple domain in the wee hours of the night. Celeste could careless regarding her predicament of being without clothing, so if the man dared to invade her space he will have to deal with the consequences. She inches closer to the UN officer to see his facial expressions as she scrutinizes the man under her hawk vision. Valis was lost what to do or how to act as he gazes into her different captivating color of eyes. Instead, he takes a deep breath and closes his eyes to linger upon the sensation she produced inside him.

Celeste views the captain intently. Her mind privately begins to discipline her wild thoughts. “This is not your husband, bad girl…bad! He’s just another man who will treat me horrible.” Instantaneously, her mind snaps to the sexual side of Valis. “Oh, god up in heaven how wonderful it feels to be aroused again.” Celeste could feel herself becoming wet with desire. Valis ventures onward and calmly embraces the half breed. He brings her closer to his clothed body. Celeste is on cloud nine to feel her body calling to mate with the stranger. She questions herself for instigating further contact with the man until she realizes he is smitten, an actually wants to have sex with her. “OMG, I am desirable! It’s not me?”  Over and over the words filtered inside her mind. For many years her body had laid dormant to a man’s touch, since her husband lost his desire to preform a simple love making act. Now at the present moment all she wanted to do is bask in the glow of two people coming together. Yet she rashes out her marriage status not to start something she would not be able to finish.

Valis felt the change in her body immediately, he opened his sexy eyes and gave Celeste a dreamy glare.  Celeste didn’t know what to think, especially when he is staring at her with love sick eyes. “Come, my moon do not deny me.” He could see inside her pupils the deviation. “Did she understand me?  I am losing her what am I going to do?”  The minute Valis thought it, he strengthens his embrace and barks out, “Women, you think too much!”  Before Celeste could react and flee, Valis plunges his kissable lips upon the American woman.

“Sweet lips of Mary he taste so yummy…oh heavens above save me.”  Celeste screams inside her head. He locks her wrist together behind her back as his lips demanded more action. He didn’t want her to pull away, so he held her firmly till he felt her body soften to his need. Tingles of joy of being alive by another man consumes her soul. She did not fight the captain, instead her body willfully gave up to his callings. Tenderly the taller man puts his soul and body into the beautiful lip lock. “I feel…I feel, free…” Celeste whispers inside her head privately until she realizes she must stop dick teasing the man. Valis dominates her lips again when she gives hesitation. Unable to resist the man any further, she wiggles her wrist to be free of his strong hold and moves her hands in a therapeutic dance. It didn’t take long for her touch to make it’s way towards his hips. She takes a bold move and tightens her arms around his body. His manly scent is intoxicating and strong even if he wore man cologne. Caressing his backside slowly, Celeste memorizes every ripple of his muscles with her fingers. Valis whispers out when he comes up for air, “Very nice Cheri, come purr for me.” Celeste had no clue what the man said and didn’t hesitate to ponder on his words. She engages by placing his organ against her heated bare muffin.  With lazy movements one of her hand’s slid down to his buttocks. The second she felt a familiar object, the half breed breaks the bond from the heated kiss and quickly snatches her weapon out of his pants pocket. The cowgirl happily does an excitement dance!

“Yahoo, hot diggity dog! I got me weapons back!”  Celeste was so happy to see her weapons, she acted like a little girl who just received the best present in the world while dancing on the rooftop acting like a fool; Nevertheless, she stopped and quickly stated, “You have my knife, slick?”  Valis smiled and presented her aged grandfather’s knife from his military boot. She looked at her Bowie knife lovingly and hugs it to her chest. Even in the dark her smile took his breath away as she said happily in her funny tone, “Thank ya kindly sir!” With no warning she jumps into the captains arms, and gives him several pecks on his lips with gratitude.

Her earthy scent captures his nostril and his erection to the brink of ecstasy. Never in his life has he held a woman who gave him such pleasures. His mind is full of mixed emotions how to handle the sexy vixen. So in one fell swoop, he acts out his thoughts and picks her up gently. Cradling her in his rock hard abs, he walks over to her bedding and laid her down gingerly. Valis takes the time to allow the moonlight to bathe her golden color skin in it’s brilliance. It made him want to howl at the moon…his moon, he thinks deeply and privately to himself. Celeste dropped her treasure weapons by the side of the bed to focus on the hunk.

Bending down upon his knees his left hand slides under her head. He cradles her globe perfectly in his large hand. She licks her lips seductively. He dips his head to meet her waiting wet lips. Tongues carefully explore without restrictions, Celeste held one side of his face with her hand.  She begins to stroke his cheek with her thumb while accepting his tender kisses.  She felt his hand move in snail pace towards her hot juicy canal, she spoke to her mind quietly, “Touch, me Wah-ya, I am wet!” Without a shadow of doubt, Valis heard her voice and replied in a husky tone, “I will Mi Amour.”

Celeste immediately halts her action, she squirms out of his control and rolls off her air mattress.  She quickly stands up with a wild look in her eyes, and blurts out, “You heard me?”  “Oui,”  Valis replied with a smile and added, “How could I not. You said loud?” Valis proclaims.  It takes the cowgirl a second to pick apart his dialect to recognition, “No, I did not, say it loud! How could I when your lips where upon mine?” Celeste states firmly while giving him a dangerous baffled glare. Valis is confused with her change of heart and English words. She places her hands on her bare hips and pops off, “I think ya need to leave buckaroo!” Valis takes a few large steps towards the woman and quickly grabs her arms. He shoves their bodies together in a beastly bear hug.  “We are not finished here, Cheri!” he clamors out with anger.

“Oh hell yeah we are Captaine!” Celeste tells the man to back off in spicy spunk. Both never wavered from their cause.  Finally his grip lessens upon her, and lets her weight slip through his arms as he stares at her with intense eyes till he knew her toes touched the roof. “Next time careful what wear wild one when sleeping. You never know who watches.”  He gave her a wicked grin showing his pearly whites. Without haste, he  turns around on his heels heading for his escape route.  She views him disappear over the rooftop.  Quickly she bent down, grabs the sheet to cover her naked body. With speed she ran to the edge of the rooftop, where she watched his zooming truck speed down the narrow road.

Celeste touches her lips and stomps her feet while saying, “Shit, damn, shit damn! Why did I call him Wah-ya?  It means wolf in Cherokee, and he heard me! I did not give voice to those words!”  Celeste looked up into the dark morning sky asking for answers when a revelation came to her. “How stupid I am, so stupid…He’s the wolf, the wolf I dreamed about for many years. And now that I’m a thinkin’ only soul mates can hear one’s thoughts.”  Celeste becomes furious at herself for not spotting the connection a mile away. “I should have never come to Haiti!”  Celeste barks out at the moon and sits down on her bed to cradle her aching head in her hands. “Why, didn’t I just accept the knowledge grandmother gave me? Perhaps, because people will think I am nuts!” Celeste spits out loud.  After a few moments she settles down and whispers to no one particular. She stares at her weapons, “Oh Lordy, lordy!  I’m in a heap of trouble!”