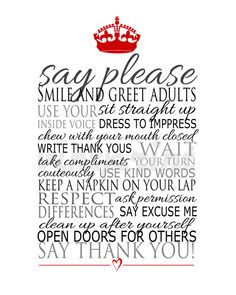 While driving in unfamiliar territory she takes note in the night time that she was by the New York botanical gardens.  Her eye lids are tired from her new adventure, so she found a safe place to pull the truck over against a curb.  She locks her auto’s doors and put a few marbles in her pants pocket and fell fast asleep. Celeste slept till morning when she heard a soft knock on her window.  She saw a tall, skinny colored elderly lady with no teeth holding a grocery bag full of food as she questioned Celeste, “What you doing in there, youngin’?  Don’t you know this is a dangerous area to fall asleep, especially a white blonde hair girl? I am surprise you didn’t get the shit kicked out of you, and your truck is intact?”Celeste grabbed her slingshot opened her truck door, and stretched her long body. She puts her slingshot in her back pants pocket, locked the doors as she walked around the truck to the elder lady.  “I got lost last night and needed a place to fall asleep; so I pulled over to catch a few z’s, but I didn’t want to sleep this late. “The New York elder scanned Celeste up and down, “You a tall one girl and you speak in a tongue I have never heard before. If you value you’re lives you better be getting out of here and fast?”  Paying no mind to the elder’s warning she asked, “May I help you carry your load mam? I could use the walk to stretch my legs, and if you don’t mind could you tell me how to get out of here, and catch the highway to Virginia?”  The lady smiles and said with care, “I would like the help, but I am more worried about you at this moment.”

Celeste reached for her groceries with a smile and said with amusement, “Let me worry about me I can handle anything that comes my way.”  The lady chuckled and commented, “Right…If you think you can take on a Bronx bully you go ahead, but I doubt it girl.  You don’t know this area like I do sweetie it’s rough and tough!” The elder releases her grocery load to Celeste and both started to have a marvelous conversation while walking. When they almost reached the lady’s home, a group of hard core boy’s was joking around standing on a corner, they immediately saw their first victim, “Here we go!” The elder lady stated under her breath with urgency. The cowgirl scanned the situation after hearing the elder’s words.  She witnesses the boy’s coming closer to her while talking their smack of bullshit.  The need to protect was overwhelming Celeste’s senses, “You need to get out of here youngin’ and now!  The elder barked at her.  “Not happening darlin’.  I didn’t order a glass of your opinion, so can you take your groceries from me, and please go inside your home?”  Celeste asked her calmly. “I will not, I know these boys they don’t scare me, but you’re another story.” “Okay, suit your self,” was all Celeste could say to the old lady when the group of teenager boy’s approached and stopped in the middle of the street.  They immediately ordered the half breed to give up her money?  Their language were harsh, cold, demanding and ungrateful; as the cowgirl watches one of the boy’s with her eagle orbs take out a knife, and toss the sharp device in the air only to catch the handle of the knife in his hand while the others in the group brought on verbal assaults to Celeste and the elder. “You mind your manners you young turds! I plan to tell your parents if you don’t play nice,” the old lady wailed out at the young boys. “Shut up, you old hag!”  One of the boys stated out roughly.  “Oh hell no, ya boy’s don’t talk to ya elders like that! Didn’t you’re parents teach ya any manners?”  Celeste barked out a warning in her strange dialect.  “You shut up Mexican bitch; you better heed our warning and give up your cash now!”

One dark colored boy digs into his pocket and threw something hard towards Celeste almost hitting her. Enough thought Celeste as she spots a pebble skip pass her, she turns her body to the lady and hands her back the bag of food. The elder watches the half breed dig into her pocket and produces a few marbles. The huntress takes out her slingshot from her back pants pocket while remembering a warning her grandfather taught her since childhood, “Never aim a weapon at a human unless you are at war.”  “I am at war grandfather, but I promise I will not hurt them, too much.”  Celeste called out to her dead grandfather and gives her elder a mischievous grin.  “Hey…well I be dipped in shit girl, I haven’t seen one of them in ages!”  The lady smiles with excitement, knowing the weapon Celeste held was a childhood weapon she grew up with, and knew that in the right capable hands damage could be seriously done.  As the bullies started taunting Celeste, another rock was thrown from the group of boy’s hitting the bag of groceries the old lady held on too.  Without warning and in a matter of seconds Celeste was loaded.  With skill she shot a marble at the boys. The marble sped towards the boys with remarkable speed hitting the pavement of the road close to two boy’s feet.  The marble splits in half as it ricocheted off the road into the air hitting two boys hard in their neck. The bullies were shocked and couldn’t lick their wounds when she busted loose with another assault of marbles.  They hit the road as fast as lightening and split in half again bombing the boys with intense pain on their legs and all over their bodies. With that said, Celeste kept hitting the pavement with the onslaught of marbles as they split in half hitting the human’s retreating bodies.  She grins while hearing their yells of discomfort.  The old lady cackles out loud with triumph, “Boy, did you give them an ass whoopin’!” Celeste waited till the boys were out of sight and busted up with laughter at the elder. “I think now is the time I need to leave.  Thank you my lovely lady for the directions and stay safe. I just want to say you don’t belong here living with these ugly people.”  She kissed the elder on the cheek, and took off running towards her truck leaving the elder lady laughing hysterical. It doesn’t take Celeste long to reach her truck while busting up with laughter.  The engine roars to life as she puts the gear into first and takes off heading in the direction the little old lady had given her. She takes note that indeed she was in a trashy dangerous area, but will leave behind the memory of whipping the nasty boy’s butts with her slingshot. When she reached Virginia area she heads towards Tennessee, her mood lightens and relishes in the beauty of the territory passing her by. Her plans are to stop and spend a few days in Nashville and listen to some country music.